They can reach speeds of 25 Mph but prefer to soar low and slow. 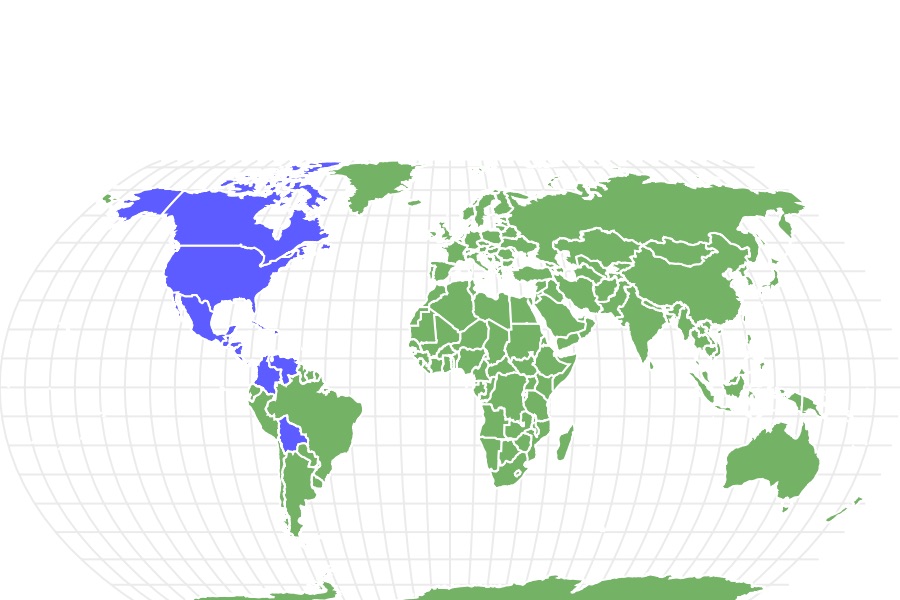 View all of our Northern Harrier pictures in the gallery.

View all of the Northern Harrier images!

“They fly low to the ground, weaving through fields.”

The northern harrier (Circus Hudsonius) is a medium-sized hawk native to the Americas, primarily North America. They inhabit wetlands and grasslands from Canada through Colombia, where they spend their time perched in trees, roosting on the ground in groups, or soaring low over open fields. Discover everything about this fascinating raptor, including where it lives, how it behaves, and what threatens it.

Where to Find the Northern Harrier

The northern harrier lives in over 30 countries in North and South America, including Canada, the United States, Mexico, Costa Rica, and Colombia. They live as far north as Alaska and Northern Canada and as far south as the northern tip of South America in Colombia and Venezuela. They inhabit all of the United States, Mexico, and Central America. These raptors prefer expansive undisturbed wetlands and grasslands with plenty of low, dense vegetation. You can find them in marshes, meadows, and fields in Canada and the US. In their wintering regions, they inhabit coastal dunes, pastures, estuaries, floodplains, and wetlands. To find them, look for their v-shaped wings as they slowly weave over open fields. You may also spot them perched in trees or low posts.

Males and females work together to construct their nests, which may take several days to two weeks. They build their nest on the ground in a clump of dense vegetation using dead grass, weeds, small twigs, and reeds. They line the inner portion with sedges, rushes, and grass.

The northern harrier (Circus Hudsonius) belongs to the Accipitriformes order, which includes diurnal birds of prey. Its Accipitridae family includes small to large birds with strong, hooked bills with varied diets. The genus, Circus, encompasses the harriers, which are diurnal hawks who fly low over open ground to hunt. Circus is Ancient Greek for “circle.” Its specific epithet, Hudsonius, refers to its type locality, “Hudson Bay.”

The northern harrier is a medium-sized raptor, measuring 16 to 20 inches long and weighing 10 to 26 ounces, with a 38 to 48-inch wingspan. These birds of prey have slender bodies, long, broad wings, and long, rounded tails. Their faces are owl-like, and they have relatively small, hooked bills. This species is easily recognizable because their wings make a v-shape as they soar in the air. Adult male upper bodies are gray, and their undersides are white, with black wingtips and brown and black banding. Females have brown streaks on the underparts of their bodies, and juveniles are light brown with less banding. All northern harriers have very noticeable white rumps.

You will often find these harriers low to the ground as they weave over fields and marshes, looking for food. They can reach 25 Mph but prefer to skim the ground slowly. You may also see them silently perched on posts and trees, surveying their surroundings. Young harriers are playful, often pouncing on objects to practice their hunting skills. This species is social and roosts in groups on the ground with its own and often amongst short-eared owls.

Northern harriers are residents to long-distance migrants. Those in the Northern United States and Southern Canada typically stay in their environments year-round because it provides them with constant shelter and food. Populations that breed in Alaska, Northern, and Central Canada migrate south to the United States, Mexico, Central America, and the northern tip of South America.

The northern harrier is a carnivore with a varied diet depending on location and time of year.

What Does the Northern Harrier Eat?

Northern harriers eat birds, reptiles, mammals, and amphibians during the spring and summer. In winter, they consume voles, mice, shrews, rabbits, and songbirds. Birds are their favorite prey. They hunt by flying slow and low near the ground, snatching prey from low, shrubby vegetation. Juveniles primarily eat insects.

The IUCN lists the northern harrier as LC or “least concern.” Due to its extensive range and moderately-sized population, this species does not meet the thresholds for “threatened” status. Their primary threats include loss of their wetland and grassland habitats and fragmentation from the agricultural industry.

What Eats the Northern Harrier?

Their nest predators include coyotes, feral dogs, skunks, minks, raccoons, foxes, crows, ravens, and owls. Males and females defend their nests and territory against intruders. They have excellent vision and hearing and fly low over intruders while giving a loud, sharp call to scare them off.

The northern harrier breeding season is from mid-March to early April, lasting 120 to 135 days. Most are monogamous, but some may participate in a polyandrous mating season, where males mate with two to five females at once. They form pairs on their breeding grounds by performing courtship rituals like aerial displays. Females lay one clutch per season, and each clutch contains four to six eggs. Females incubate for 30 to 32 days, and males bring food. The young fledge the nest around 30 to 40 days but remain close to the nest for some time. Northern harriers become sexually mature around one year and have an average lifespan of 7.8 years. However, they can live up to 16 years.

The northern harrier global population is unknown, but there don’t appear to be any extreme fluctuations or fragmentations in their numbers. However, this species is undergoing a slight decrease in North America and has been for the last 40 years. The IUCN lists this trend as statistically insignificant.

Where do northern harriers live?

The northern harrier lives in over 30 countries in North and South America, including Canada, the United States, Mexico, Costa Rica, and Colombia.

How big are northern harriers?

The northern harrier is a medium-sized raptor, measuring 16 to 20 inches long and weighing 10 to 26 ounces, with a 38 to 48-inch wingspan.

How do northern harriers behave?

Young harriers are playful, often pouncing on objects to practice their hunting skills. This species is social and roosts in groups on the ground with its own and often amongst short-eared owls.

Populations that breed in Alaska, Northern, and Central Canada migrate south to the United States, Mexico, Central America, and the northern tip of South America.

What does the northern harrier eat?

Northern harriers eat birds, reptiles, mammals, and amphibians during the spring and summer. In winter, they consume voles, mice, shrews, rabbits, and songbirds.

Their primary threats include loss of their wetland and grassland habitats and fragmentation from the agricultural industry.

What preys on northern predators?