The most populous grebe in the world 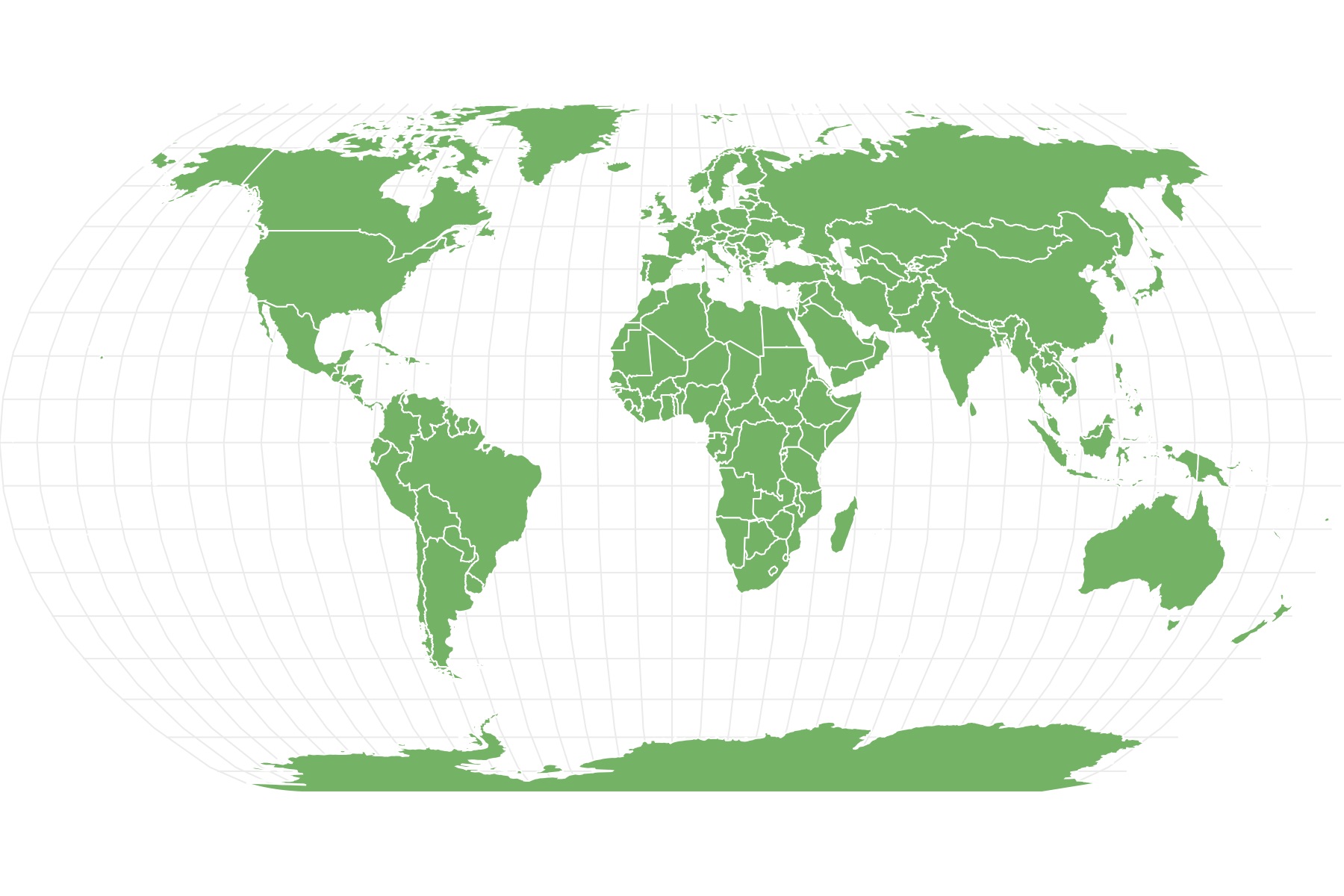 View all of our Eared Grebe pictures in the gallery.

View all of the Eared Grebe images!

The most populous grebe on Earth, the eared grebe belongs to the grebe family Podicipediformes. Also known as the black-necked grebe, you can find eared grebes throughout North America, Europe, Asia, and Africa. During summer, they breed in freshwater lakes, then travel to saline lakes to feed and molt before making their way to coastal estuaries or saline inland lakes for the winter. They get their name from their dark black necks and breeding plumage, which features ochre-colored feathers around the ears and ear coverts.

Where to Find Eared Grebes

You can find eared grebes across Europe, Asia, North America, and parts of Africa. A few also breed in limited areas along the northern part of South America. Eared grebes breed in freshwater lakes and ponds that feature a decent amount of emergent vegetation. After the breeding season ends, they migrate to so-called “staging areas” to molt. These staging areas consist of saline lakes that normally contain large amounts of brine shrimp. After molting, they then migrate to coastal marine estuaries or saline lakes for the winter.

They belongs to the grebe family Podicipedidae. Its genus, Podiceps, derives from the Latin words podicis, meaning “rear-end,” and ped, meaning “foot.” In English, the translation roughly means “feet at the buttocks.” Occasionally, the genus name Dytes is also used for this species, but Podicipes is the more commonly used name. The species name nigricollis stems from the Latin words niger, meaning “black,” and collis, meaning “neck,” or “black-necked.” Together, the eared grebe’s scientific name references both the placement of its feet near the rear of the body and its black neck. Its black neck also serves as the basis for its other common name, the black-necked grebe. Meanwhile, the common name “eared grebe” comes from the elaborate ochre-colored breeding plumage which extends behind its eyes and past the ear coverts.

On average, eared grebes measure 11 and 13 inches long and weigh from 9.3 to 15.9 ounces. The wingspan can vary from 20.5 inches to 21.6 inches. Eared grebes possess red eyes and a short, thin black bill. During the breeding season, the head, neck, breast, and upper wings appear blackish-brown, hence their other common name, the black-necked grebe. Additionally, they grow an ochre-colored fan of feathers on the head which extend behind the eye and past the ear coverts. The flanks appear maroon-chestnut or tawny-colored, while the underwings and abdomen look white. Outside of the breeding season, the reddish-brown feathers change to grayish-white, and the ochre-colored ear feathers disappear. As is common with most grebes, both sexes appear relatively similar. Small differences separate the subspecies. For example, P. n. californicus possesses a longer bill, while P. n. gurneyi represent the smallest of the three subspecies.

Eared grebes congregate in large colonies during the breeding season and flock together in groups containing thousands of birds . Due to the location of their legs near the rear of the body, they do not walk well on land. As a result, most takeoffs and landings occur on the water. They are not as vocal as some other grebes and are typically silent outside of the breeding season or when feeding or nesting.

The first one was described by Carl Ludwig Hablitz back in 1783. However, its history dates back much further than that. The first true grebes appeared approximately 23 to 25 million years ago during the Late Oligocene or Early Miocene. While some fossil records point to evidence of grebes evolving before then, these records are incomplete or inconclusive. At some point, eared grebes developed unique adaptations to their environment. These adaptations solidified as the separate populations drifted apart and settled into their own ranges. As a result, researchers differentiate eared grebes into three separate subspecies: P. n. nigricolis, found in western Europe and Asia; P. n. gurneyi, found in southern Africa, and; P. n. californicus, found in North America. Outside of its own species, the eared grebe’s closest relatives are the silvery grebe and Junin grebe. That said, grebes also share a lot in common with flamingos.

Like other grebes, eared grebes are opportunistic carnivores that eat water they can fit in their mouths. However, they do display some manner of prey selection. This bird usually hunts for larger prey like mollusks, crustaceans, fish, frogs, and tadpoles by diving into the water. They can stay submerged for up to 30 seconds, although most dives last no more than 15 seconds. In addition to diving, they also hunt by catching airborne and aquatic insects on the water’s surface. During the molting stage, eared grebes primarily live off brine shrimp in saline lakes. They typically eat prey whole, which can lead to digestive issues. As a result, both adults and juveniles eat their own feathers, which create a plug in the stomach to filter out indigestible material for eventual regurgitation as pellets.

By the time they reach maturity, few animals prey on eared grebes. That said, reports exist of great blue herons and western gulls killing adults. Meanwhile, the juveniles must contend with numerous predators, including snakes, minks, birds of prey, and large predatory fish. While eared grebes have some predators, their main threat comes from nature itself. Every year, eared grebes die on their migrations due to cold weather. Chicks are especially susceptible to the cold and can easily freeze to death. Additionally, diseases such as avian cholera, avian botulism, West Nile virus, and erysipelas all affect eared grebes. The common causes for these outbreaks likely come from diseased shrimp or contaminated water. Still, some diseases may spread due to contact with other infected grebes.

During the summer breeding season, eared grebes congregate in large colonies. They normally pair up before they reach their summer breeding grounds, at which point courtship begins. Paired couples court one another throughout the lake paying no heed to territorial boundaries. Courtship rituals include fluffing out their feathers, erecting their necks, and issuing calls that sound like poo-ee-chk.

Females and males both contribute to building and guarding their nests. They build the nest out of vegetation and anchor it down to prevent it from drifting or getting damaged. The females lay either one or two clutches of 3 to 4 greenish-blue eggs. Around 40% of the time, females parasitize the nests of other females. The eggs incubate for approximately 21 days before hatching, after which the birds abandon the nest. For the first 10 days, the chicks stay on their parents’ backs, after which the parents split the chicks into two groups, with each parent taking care of half the brood. After another 10 days, the chicks are old enough to care for themselves.

Once the breeding and nesting season ends, the majority of eared grebes travel to saline lakes to molt. Prior to molting, they put on a great deal of weight and their breast muscles atrophy. As a result, they lose the ability to fly until they finish their molt. Shortly before they migrate to their winter feeding grounds, they fast for a few weeks, and their breast muscles return to their usual form. With their new feathers in place and their strength returned, they set out to complete their migration.

Overall, the picture is mixed. While some populations are on the decline, others appear to be increasing or are relatively stable. Despite mass die-offs, such as those due to disease outbreaks, the total eared grebe population remains somewhere around 3.9 to 4.2 million. As a result, the eared grebe likely ranks as the most populous grebe species in the world. Thanks to its large population and range, the IUCN lists the eared grebes as a species of Least Concern.

Eared grebes are carnivores that primarily feed by diving into the water or catching prey near the surface. They eat a wide variety of prey, including insects, crustaceans, shrimp, mollusks, tadpoles, frogs, and fish.

Where are eared grebes found?

You can find eared grebes throughout North America and Eurasia, as well as parts of northern and southern Africa and East Asia. They breed in vegetated freshwater lakes, migrate to saline lakes to molt, and then continue to overwinter in brackish coastal estuaries or inland saline lakes.

Why are eared grebes flightless?

When eared grebes arrive at staging areas before they reach their winter feeding grounds, they put on large stores of fat. Simultaneously, their flight muscles shrink by about 50%, so they are unable to fly. They then fast for a few weeks and their flight muscles enlarge so that they can continue their migration. 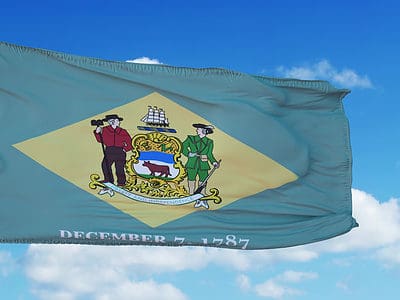